Dr. Gray, Founder and Medical Director of The Center for Health & Wellbeing, pictured here with the Mayor of Rosarito, (center image) donates her time and love of integrative medicine with the Ssubi Health & Wellness Fair in Rosarito. 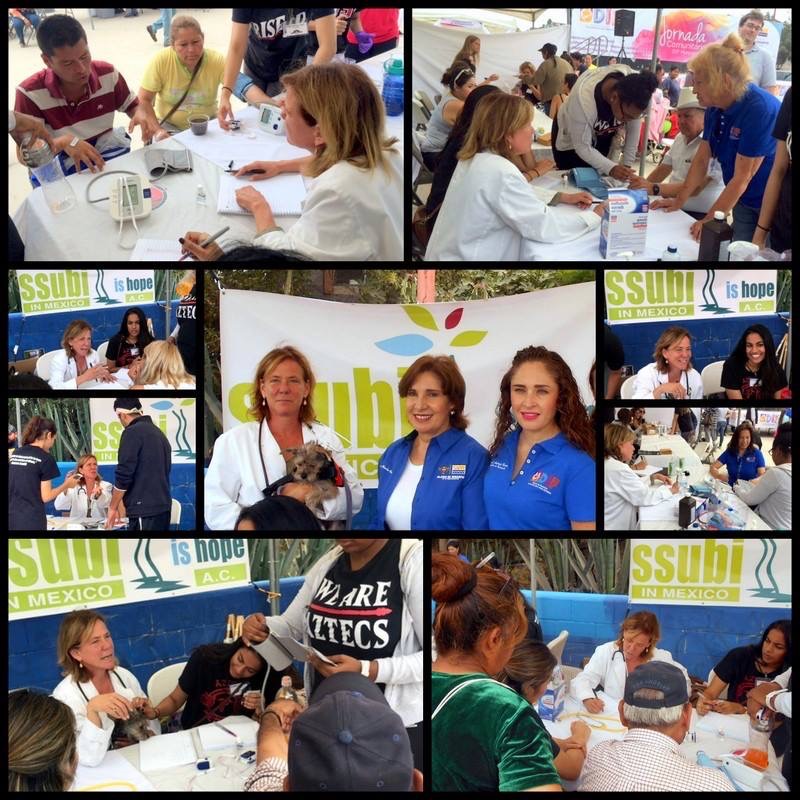 Ssubi means “hope” in Luganda (the major language in Uganda) and was founded by Laura Luxumberg.  Her objective in starting the non-profit was to show her children that you didn’t have to be a rock star or movie star to make a difference in this world, you could be a soccer mom.   As such, it began when she started helping a medical center in Uganda and out of the need for medical supplies and equipment, she began to wonder where old medical supplies and equipment were ending up.

Laura began calling hospitals, talking to nurses and was told a lot of it was ending up in the landfills.  When asked if it could be donated to her non-profit, for a year all she heard was “No”.   The reasons varied, but largely, the hospitals were afraid of liability issues.   Then, in December of 2013, Laura  met with Environmental Management System Coordinator, Jean Parkinson from the VA Hospital.  The VA Hospital became the first hospital partner in March 7th, 2014. From there Ssubi has collected over 85,000 lbs of medical supplies and equipment that not only diverted it from the landfill but filled an extreme need in the medical center in Uganda.  Ssubi has extended it’s reach into Mexico, hosting periodic health fairs providing consultations to patients in need.